Came out rather nicely-

The combination of the glossy coral red interiors against the almost monochrome gray of the paper really makes this piece pop. I carefully attached the cups under the edges of the leaves so they really look like they are sprouting up out of them- 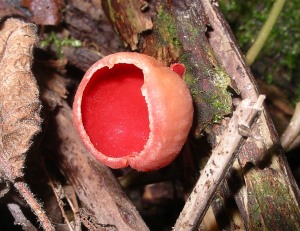 Scarlet Cups are the fruiting body of a fungus that usually lies hidden under the leaf litter. It is widespread across the Americas, Eurasia and Africa. In late winter and early spring the cups pop up from the forest floor. I had never seen this kind of fungus before until I went on a hike last February. Their vivid color against the background of fallen leaves was very intriguing and had definite art piece potential. 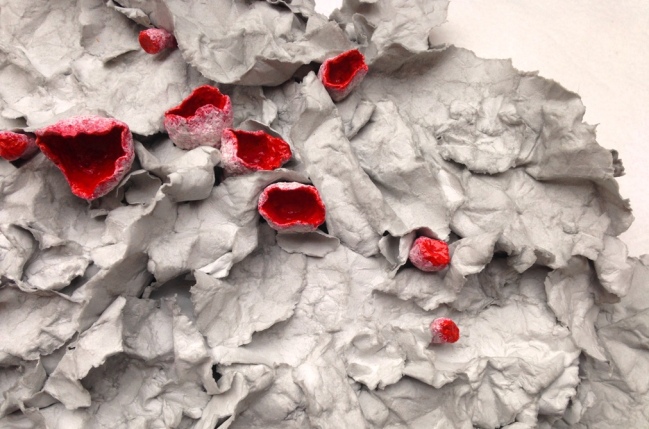 I have some other projects in mind with a similar color scheme and texture which hopefully I will get to work on shortly.